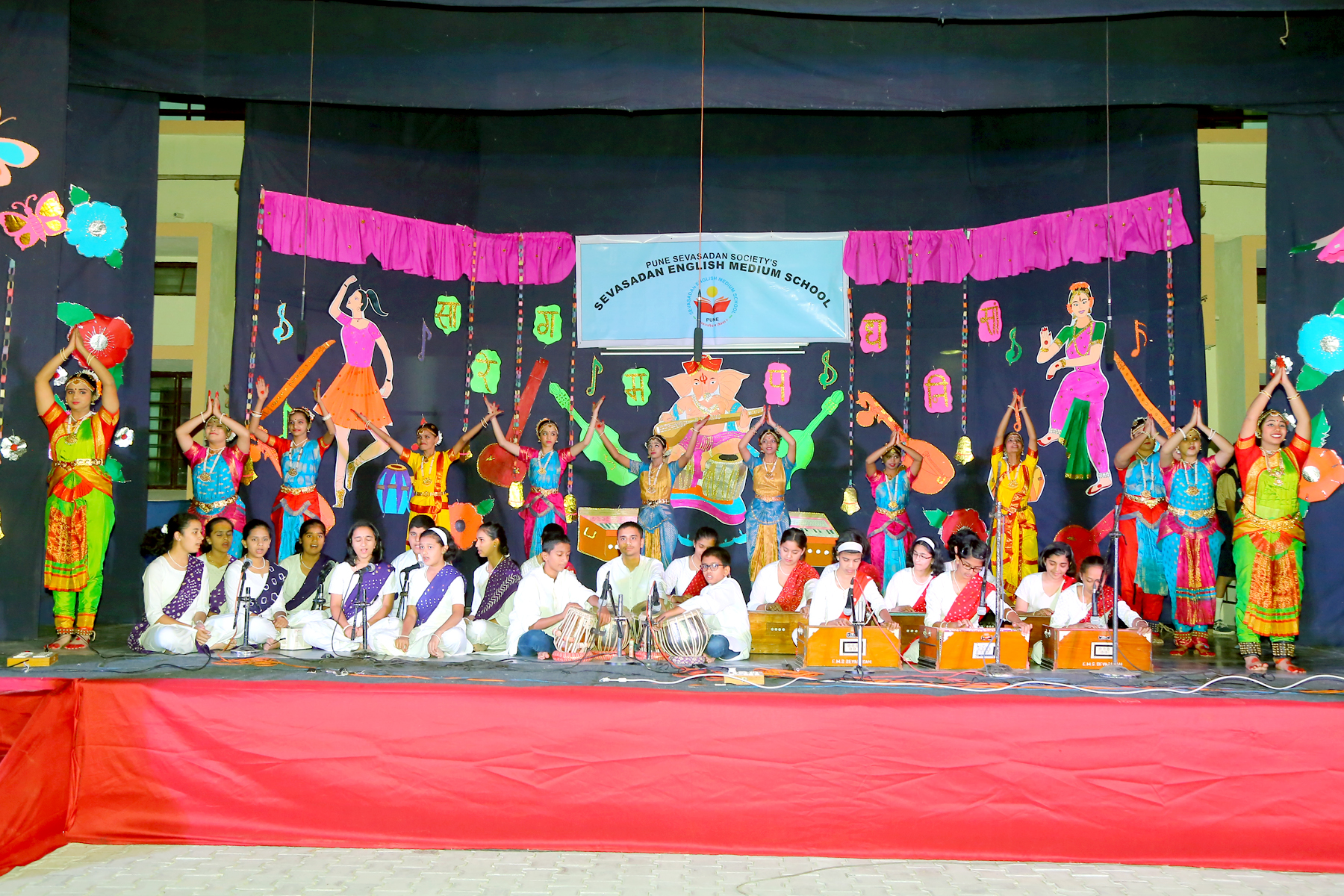 I Jyoti Rokde, supervisor secondary section have a great pleasure in presenting to you the annual report for the academic year 2018-19. This year had been a very eventful one for us. Apart from preparing the children to qualify for purely academic demands, special efforts are being made continuously to enable them to face the challenges of the competitive world. It is a matter of great importance to us that the students who pass out from our school should carry forward the value they have inherited, excel in whatever they do and be role models in the society.

In the present demanding times, when the task of grooming the students has become all the more challenging, education has to be holistic enough to nurture the inherent talents and tap the potential of the students through co-scholastic activities. Keeping in mind, students from Std 5th to 10th participated in the school democratic process by voting for and electing the Head Prefects of the School. They cast their votes to elect Saloni Tapasvi as their Head Girl and Saahil Dole as their Head Boy. The head prefects and the captains for various houses have been successfully shouldering their responsibilities.

Intra school competitions were held in Diwali Festival to bring out the best in the children. Our students also proved their mettle by participating in various competitions like drawing competitions organised by Rangotsav, Faber Castel and Camlin. The children’s talent shone in events such as English Marathon, Cyber Genius and Geeta Pathan conducted by Chinmaya Mission.

Some of the other activities conducted by the school were-periods devoted to silent reading to promote the Reading Skill, talks on cleanliness and recitation of the cleanliness oath as a part of the Swaccha Bharat Abhiyan. Children were shown documentaries on the various topics, which we hope to continue as an activity in the coming years.

Vidyavrat ceremony was organised for STD-VIII. Various lectures on personality development were organised for the students and they were taught the value of tolerance, understanding, fearlessness, social sensitivity and the ability to resolve problems among themselves.

Guru Poornima was celebrated and the Investitures ceremony was conducted to induct its new team of captains, prefects and Head-Boy and Head-Girl.

13 students secured ‘A’ grade in Intermediate exam and 23 secured ‘B’ grade.

This year students were taken to Hidden Oasis for educational trip. This enhanced their knowledge in organic farming, Bio Gas plant, Drip Sprinkler irrigation system, Wind Energy, Rainwater Harvesting & Vermicompost.  They had a wonderful time there.

1)  Shubhra Nikam from Std. 6th B received  1st prize for colouring and handwriting.

Topic was ‘Unity In Diversity’.

In Camlin Drawing Competition the best entries were-

3)  Aditya Krishnaswamy from Std. 7th A.

Mathematics and Science Scholarship Examination for the year 2017-18 was conducted by Wisdom Educational Foundation.

Rama Dole and Ira Ketkar received a trophy and certificate in the Junior category.

23 students appeared out of which we got 1 state rank & 4 district scholarship, 2 special prize and 6 consolation prize.

Swarang Joshi from Std 9th A received silver medal for his project Agro-Tourism.

I feel proud to announce that Sevasadan students have secured all first 3 positions in MAHARASHTRA.

Play is an important release for built up energy & stress. Games & exercise freshens the mind & this leads to better creativity and higher productivity. Such habits must be incorporated into the child's daily schedule from his childhood days. The result will be a happier & a healthier child. Our school has always encouraged children to take initiative in sports. The sports program helps us in identifying talents in particular sports and gave more exposure to the students. Some of our achievements are-

Kanaka Mulay was selected as the utkrushta sanghanayak(best parade commander) in the marching competition organised by Poona Girls Athletic Association.

Last but not the least our 10th standard students made us proud by securing 100% result!!

Vaishnavi Puntambekar topped the school with 97.80%.

Archis Kulkarni secured 2nd rank in the school by securing 96.40%

Subject Wise toppers are as follows

With that we come to the end of our School Report.

I would like to thank our members of the committee for their support.

I hope you enjoy the cultural programme presented by our students and your evening with us is a pleasurable one.